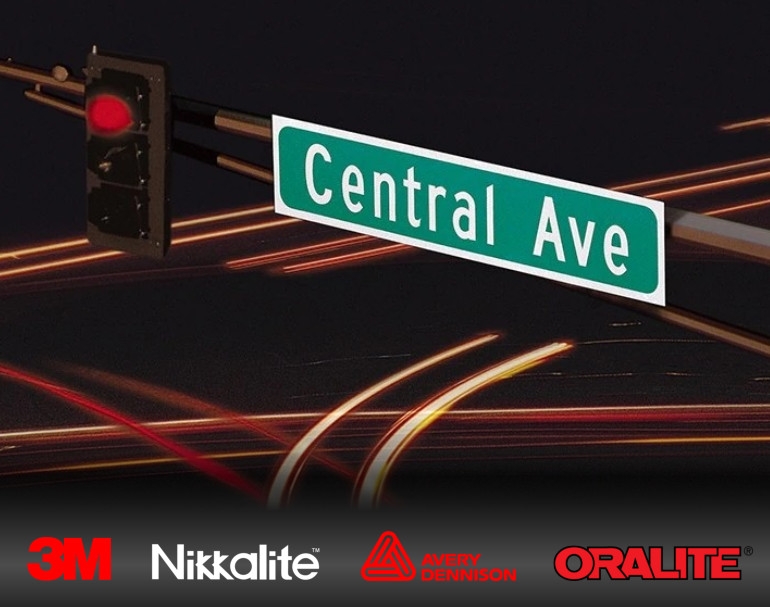 This reflective vinyl is rated by reflectivity – the amount of light returned to the viewer. Look for the ASTM D4956 specification. The Type number (in Roman numerals from I through XI) corresponds to reflectivity. With a few exceptions, the higher the number the greater the brightness.

Reflective vinyl sheeting for traffic signs is designed for long-term applications. Outdoor durability starts at 7 years and goes up from there. Unsurprisingly, this vinyl is suitable for flat surfaces only.